Visiting the Eiffel Tower just got a new meaning. Extreme drone and POV footage from climbing the world's most famous tower.

It's almost impossible to get to the tower illegally (do not try to repeat this) especially in view of recent political developments and the ongoing European Football Championship. Police and national guard are always on duty on the premises of the tower.

The shoot was carried out in the rainy season. The level of Seine river broke the 30-year-old record and the wind speed reached up to 6m/s. The poor drone operator not only crashed the drone but also received a pretty big fine. 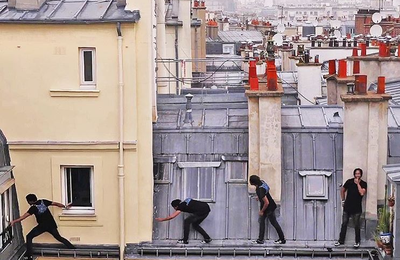