WASHINGTON - A white police officer has been charged with murder, the mayor of North Charleston, S.C., said Tuesday, after a video surfaced showing him shooting and killing an apparently unarmed ...

Police reports say that officers performed CPR and delivered first aid to Mr. Scott. The video shows that for several minutes after the shooting, Mr. Scott remained face down with his hands cuffed behind his back. A second officer arrives, puts on blue medical gloves and attends to Mr. Scott, but is not shown performing CPR. As sirens wail in the background, a third officer later arrives, apparently with a medical kit, but is also not seen performing CPR.

Can we just stop and reflect for a moment on how police routinely just straight up fucking lie on police reports. That's not a mistake, an omission, an inaccuracy, it's a lie. 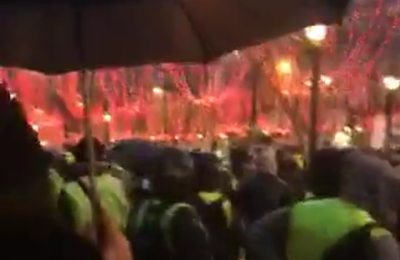