To be or not to be

Wunsiedel in Upper Franconia – a small town with a big problem:a Nazi problem.

Because for over 25 years, each year hundreds of right-wing extremists have been coming here to march through Wunsiedel

That’s why everything’s a little different in 2014.

Because we’ve secretly turned the Nazi march into something sensible:

The idea: For every metre the neo-Nazis march, 10 euros go to a very special opt- out scheme for precisely these neo-Nazis:

The further they march the more money is collected.

In other words, with every step they take, the neo-Nazis campaign against neo-Nazis

and unwittingly finance their own exit from the extremists’ scene.

And the best thing is: They only find out when they’re already marching.

Punctually at 1.48 p.m., the “rightists against rightists” campaign officially gets under way.

For the first time in history, neo-Nazis are marching against themselves.

In keeping with a walkathon,motivating posters and banners encourage the participants to keep going –and make sure they don’t forget what they’re marching for –or rather, against.

Markings on the road keep the earnest-looking participants informed on how much money has been collected.And thought has been given to the right-wing radicals’ condition, too.

Bananas are being handed out as sustenance –

so that even the most unfit neo-fascists will manage to goose-step their way across the finish line in this donation run.

At 3.28 p.m. the neo-fascists have reached their goal:

Thank you to all the helpers and sponsors.

Thank you to the neo-Nazis for collecting donations.

Thank you for the Miracle of Wunsiedel.

Wunsiedel in Upper Franconia – a small town with a big idea. 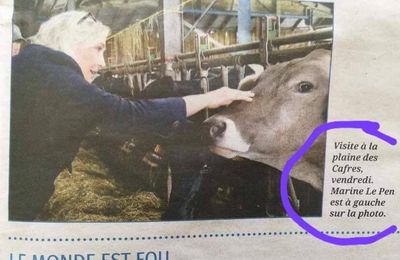 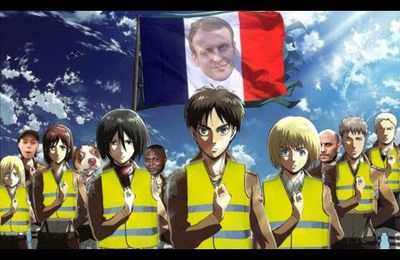